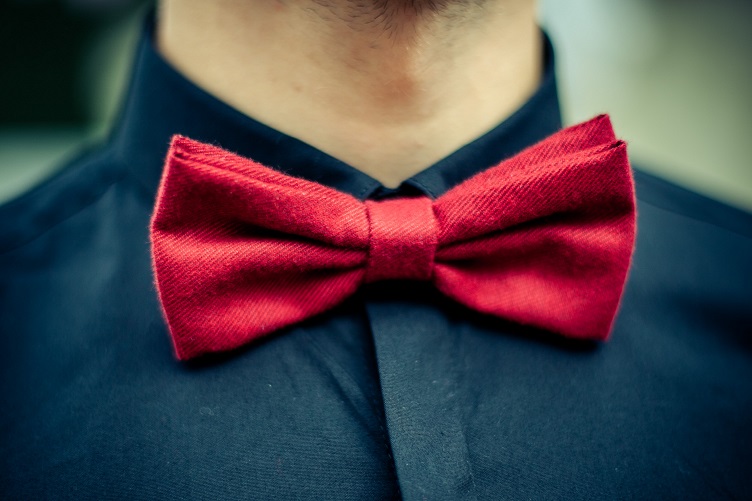 A bow tie is more often than not worn at a black tie event or formal occasion, but with an array of colours, patterns and designs available, why not be different and wear a bow tie to celebrate an under-appreciated accessory on National Bow Tie Day!

Bow ties have been worn by many recognisable names throughout history: James Bond, Winston Churchill, Groucho Marx, Marlene Dietrich, Stan Laurel and the Playboy Bunnies to name but a few! Many people however, are unaware that the bow tie originated among Croatian mercenaries during the Thirty Years’ War of the 17th century for practical purposes; the Croatian soldiers used a scarf around the neck to keep the collars of their shirts together.

When French soldiers brought back cravats (derived from the French for “Croat”) at the end of the Thirty Years War in the early 17th Century, the upper classes in France adopted the accessory and fashionistas experimented with how best to tie the short scarf which resulted in the birth of the bow tie.

The bow tie flourished in the 18th and 19th centuries and became known for its form rather than its original function. In 1886, a tobacco tycoon Pierre Lorillard wore one with his new style of formal wear to the Tuxedo Club and the black-and-white look became a timeless style statement in the world of fashion.

The bow tie continues to be a style statement in the modern world too and it can be worn by anyone, irrespective of age, gender or body shape; your pampered pouch can even wear one too!