Pantone Colour of the Year 2018 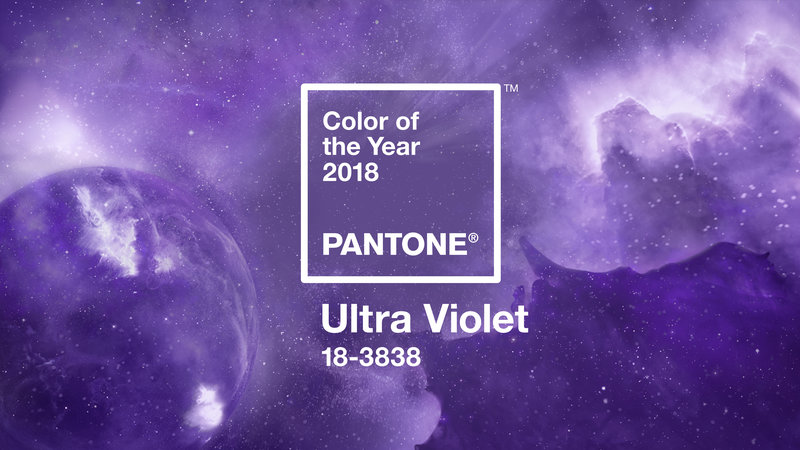 Pantone’s selection of Ultra Violet draws upon influences from pop culture like the iconic Jimmy Hendrix, and David Bowie who both favoured the purple hue. In the announcement Pantone revealed that their choice also takes inspiration from nature.

“The vast and limitless night sky is symbolic of what is possible and continues to inspire the desire to pursue a world beyond our own,” says Eiseman.

Our graphic designers enjoy using the strong purple in our logo we feel the purple embodies Dimensions desire to keep pushing the boundaries of workwear, with visionary thinking that points towards the future.

Purple is often seen as the colour of sophistication, wealth and prosperity. This dates back to 200BC where purple fabric was so outrageously expensive that only rulers could afford it. The dye that was used to make purple originally came from the Phoenician trading city of Tyre, or Lebanon as we know it. Fabric merchants could only obtain the dye from a small mollusc found in Tyre. More than 9000 molluscs were needed to create just a single gram of purple dye!

Purple’s exclusive status carried over to the Elizabethan era during which time English citizen had to abide by “Sumptuary Laws.” These strictly regulated what colours, fabrics and clothes you could wear, depending on your social class. These laws forbid anyone except close relatives of the royal family to wear purple, so the colour not only reflected the wearer’s wealth, but their regal status!

Luckily, in 1856, English chemist William Henry Perkin accidently created a synthetic purple dye while attempting to create an anti-malaria drug! He quickly patented the design, and it soon became accessible to the general public.

Lots of companies are now choosing to use purple’s regal connotations to create a uniform fit for royalty, for example, Sainsburys, FlyBe and Premier Inn.

Our designers don’t shy away from using colour, they embrace the messages it can send and the beautiful garments it creates.

As Laurie Pressman, Vice President of Pantone Color Institute says “As individuals around the world become more fascinated with colour and realise its ability to convey deep and meaningful messages, designers and brands should feel empowered to use colour to inspire and influence.”