X is for Xmas Uniform 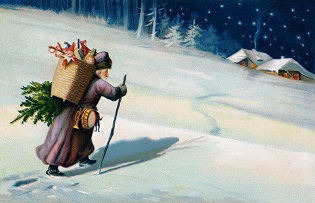 The most famous uniform known at this time of year is that of Santa Claus.

Thomas Nast was the first to draw Father Christmas wearing a red suit with fur lining, a nightcap, and a black belt with a large buckle. Nast’s original drawings were of a small Santa who could easily slide down chimneys, but his later works made him the cuddly size we know today.

Prior to Nast’s works, Santa was always depicted wearing brown whereas Nast changed Santa’s uniform to the now-famous red, although he also drew Santa in green. Many attribute Santa’s red suit to Haddon Sundblom, who drew the Coca-Cola advertising images used from 1931, but this is a mistake as it was Nast who changed the suit to red in 1869, when he illustrated Moore’s poem “Santa and His Works”.

​Wishing you a Merry Christmas from everyone at Dimensions!